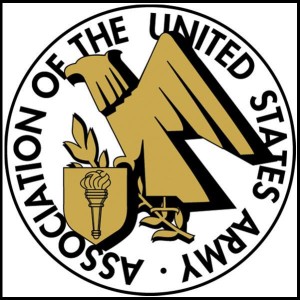 The Annual AUSA Conference and Exposition sponsored by the Braxton Bragg Chapter of the Association of the United States Army is a forum for professional interchange between industry and the military. Held this past month, the expo also generates support for soldier and military family programs at Fort Bragg which are critical to sustaining the health and welfare of the soldiers who defend our freedom and their families.

This year’s keynote speaker, CSM, XVIII Airborne Corps, Isaia T. Vimoto, challenged attendees to “spread the word” about the Association of the United States Army (AUSA). He shared his passion for the work that AUSA does to support our troops and challenged everyone to support our military by becoming a member in the AUSA.

So what does the AUSA do? Local chapters provide resources and support to soldiers and families on Army bases throughout the United States. AUSA also represents our soldiers in Washington by lobbying for:

Please consider joining Accu-Fab by becoming a member of AUSA! Our troops deserve your support, and this is an easy way for you to show your appreciation for their tireless efforts in defense of our freedom. We have joined CSM Vimoto in expressing our passion to support our soldiers by participating in the local AUSA Fort Bragg chapter programs.

Obtaining membership is inexpensive and quite simple: just go to http://www.braggausa.org/membership 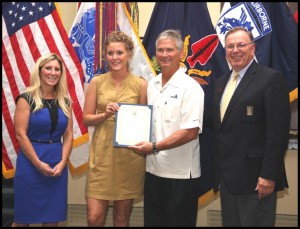 The Association of the US Army (AUSA) held its annual Scholarship Awards Luncheon on June 12, 2013. This year’s AUSA event also celebrated the Army’s 238th anniversary.

Accu-Fab’s was honored to provide five academic scholarships to benefit Fort Bragg soldiers and their families. Accu-Fab President Gregory W. Page was on hand for the presentation of those scholarships during the awards ceremony.